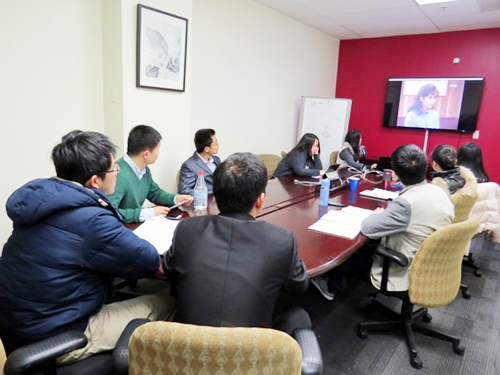 Olivet School of Language and Education (OSLE) plans to offer more interactive engagement in its new Spring Independent Lab course.  Alongside OSLE’s other classes, the Independent Lab class’ goal is to allow students to familiarize with American culture through using basic communication skills.

During this class, students first watch dramas of American family daily life, and then shadow everything that the actors said.  By shadowing what the actors say, students could correct their pronunciation and get used to catching onto the American accent.

Students then pair up and play the roles they have just watched in the drama.  The approach is quite popular with those who learn better through interaction and physical expression.  By acting out the scenes in the drama, students could gain a deeper impression about American culture and what they're supposed to say in certain situations.

In addition to OSLE’s Independent Lab, the curriculum will also include ESL Bible, Listening and Speaking, Reading and Writing, and Academic Skills workshops.  For more information, visit the OSLE website at osle.olivetuniversity.edu/