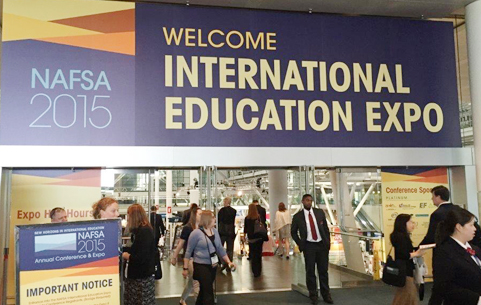 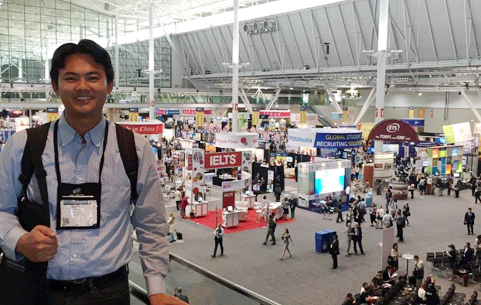 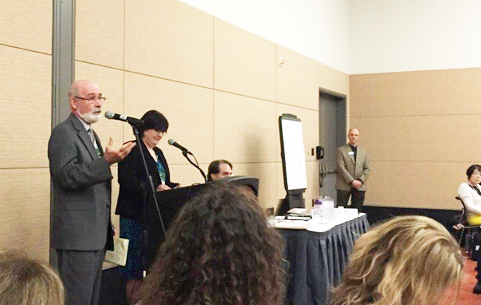 The NAFSA (National Association of Foreign Student Advisers) 2015 Annual Conference & Expo was held in Boston, Massachusetts on May 24-29 and Olivet University was represented at this world level conference.

The annual conference involves over 11,000 international education professionals from over 100 countries and hundreds of presentations and workshops are held with topics ranging from the use of technology as part of business process optimization and foreign student recruitment via social media, to broader topics such as SEVP regulations for F-1/J-1 students, to lobbying efforts to open international relationships with countries such as Cuba on the governmental level.

" It is a tremendous opportunity to meet not only with DSOs from other educational institutions, but also an opportunity to meet governmental representatives in charge of SEVP/SEVIS to understand the trends and developments of the international student program in America," shared Mark Lee, the director of International Student Office at Olivet University.

At the opening plenary session, New York Times bestselling author Malcolm Gladwell addressed the importance of the works as international education professionals in providing opportunities to students around the world. He spoke of his own mom and aunt who could experience the miracle of becoming University students at their class level in Jamaica 60 years ago.

He noted that it is not that there were two students qualified, but they were the only two who could receive scholarships to afford to attend University overseas. So many students are left behind without giving opportunities to further education. Gladwell described this situation in economic terms, calling it a low asset capitalization rate.

At another heated conference, Lou Farrell, the director of SEVP, received numerous inputs and comments from gathered school officials. With humor and a self-deprecating wit, he was able to address those complaints and criticisms. But behind the banter, it was clear that there are many areas that need improvement. Regarding the recertification process and the inflexibility of SEVP to allow more online/hybird courses for F-1 students, Farrell committed to bring those issues and comments back in Washington, DC. and deal with it properly.

" There are many things happening in the area of international student advising, and I am thankful to NAFSA for their efforts in organizing this international conference and keeping the schools up-to-date." said Lee.

NAFSA was founded in 1948 as the National Association of Foreign Student Advisers to promote the professional development of U.S. college and university officials responsible for assisting and advising students who had come to study in the United States.