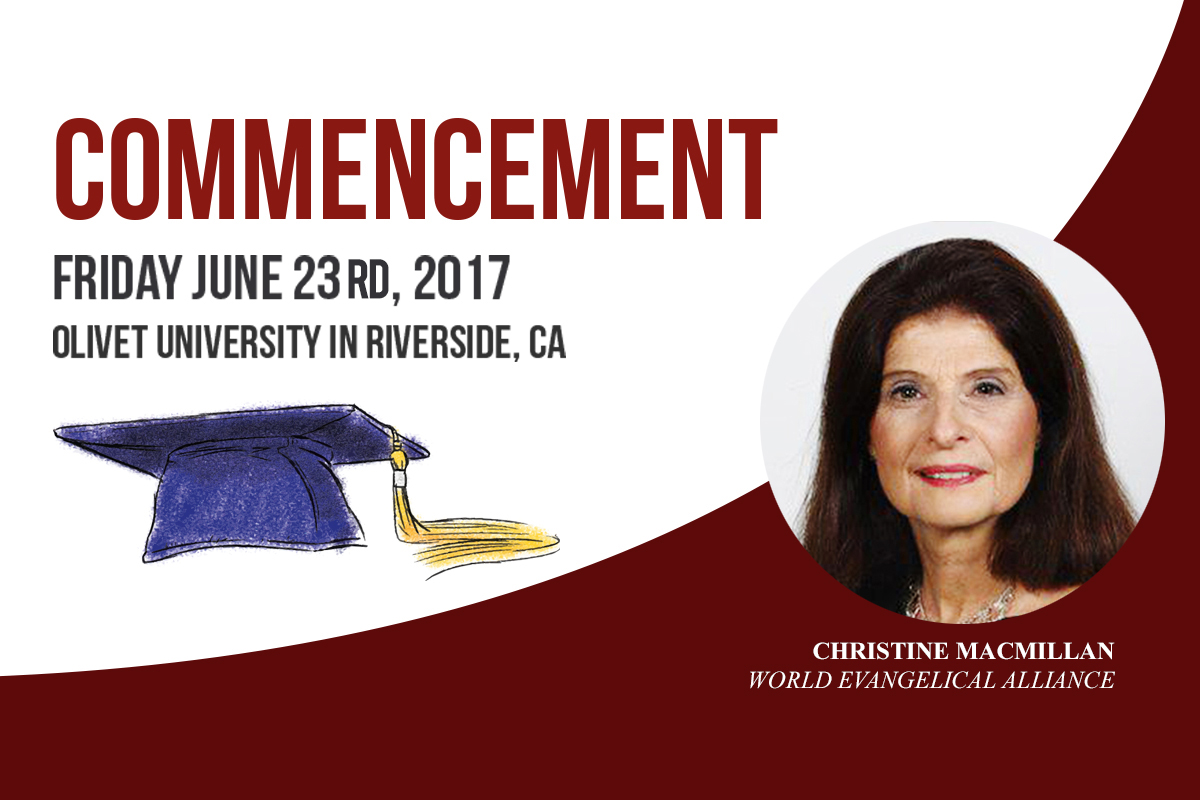 She has held her current position at the World Evangelical Alliance since 2012, following retirement from The Salvation Army in July of that same year.

Her previous work in The Salvation Army included serving as founding director for the organization’s International Social Justice Commission in 2007. In 2008, Commissioner MacMillan became spokesperson on human trafficking for the World Evangelical Alliance. The following year, she helped establish the WEA’s Global Human Trafficking Task Force.

Commissioner MacMillan frames the work of social justice at WEA with strong biblical foundation, and mobilizes the global evangelical body to respond to the injustices in the turbulent world. Under her leadership, WEA’s engagement with the United Nations as well as various global institutions and national governments has been greatly strengthened.

“We look forward to welcoming Commissioner Christine MacMillan at Olivet,” Olivet University President Dr. Tracy Davis said. “She’s an inspiring advocate of social justice. Her lifelong ministry reminds us the hope of global transformation - God is at work even in the darkest place of this world.”

Olivet University’s Commencement Ceremony 2017 is scheduled to be held at the University Gym on Friday, June 23 at 10:00 am.