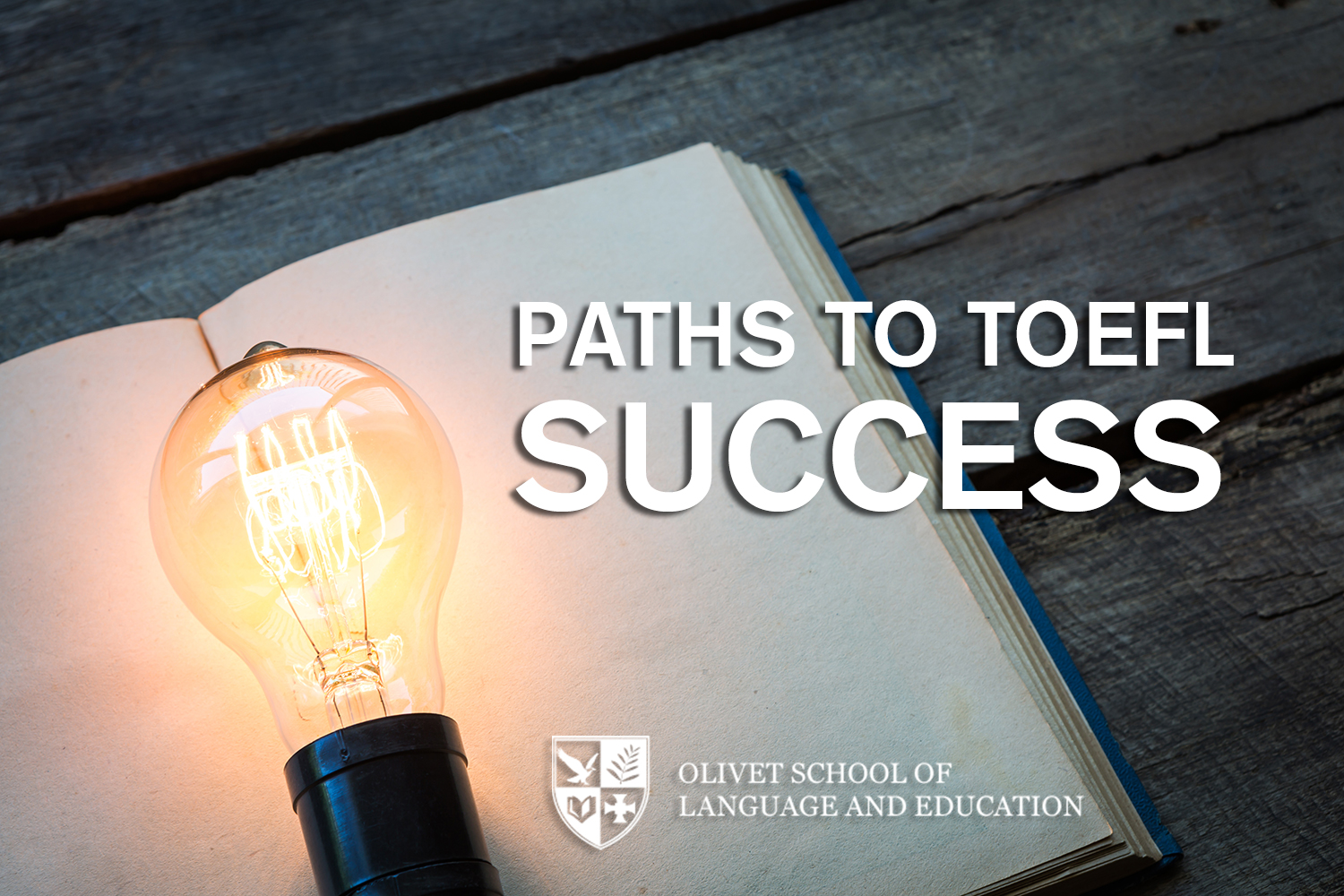 When a student dreams of their higher education experience they have many options to choose from. In America alone there are over 4,000 colleges and universities and within those institutions over 1 million students are international students. Before being accepted into an American University an applicant must have an acceptable score on a college level language exam.

To help increase the English language levels of their students Olivet has developed an ESL (English as a Second Language) program. This program welcomes language learners of all levels and works diligently to prepare students to pass the TOEFL (Test of English as a Foreign Language) exam as well as improve their over-all English abilities. I, Sarah Ahrens, an Olivet ESL Teacher recently met with two of my students to discuss with them how they prepared for and passes the TEOFL exam.

Gilbert L. enrolled in the ESL class in preparation for his Master in Theology. Gilbert found studying English at Olivet to be “interesting, precious, and fun because it is not only about studying grammar.” As Gilbert’s teacher I have to say that he was a model student, he came to class on time, he was always prepared and attentive, and he did his homework on time. However, I was curious about how Gilbert studied outside of class. He shared that he liked to keep his studying “fun and interesting.”

Gilbert’s study plan was to read articles, watch movies, and YouTube video that had subtitles. He would then do speaking drills were he repeated what he read and listening to. He also was able to share what he was learning and experiencing with others and practice his daily conversation skills this way.

Additionally, Gilbert created for himself a daily routine of immersing himself throughout the day in English. Before breakfast he would do listening exercises, during breakfast he would review vocabulary, and during his work he would listen to English music or radio programs and then speak English with his co-workers.

Another student of mine had a different approach. Keziah, from China, began her most successful studying after she changed her heart. Initially Keziah was overly eager to succeed and placed on herself a lot of pressure to study, as a result her study and work was not effective. She realized that if she changed her heart she could “calm down and analyze her English level.”

After doing some research on her areas of language weakness Keziah became very intentional about her study strategies and focused much of her time on improving these specific areas. She would listen to internet audios and dictate what the heard, she would repeat this several times until she had a strong understanding of what she had heard.

Despite where an Olivet student is from, what their language level is or how they study for the TOEFL exam each student has one thing in common…their love for the Lord and a desire to share His Word with the world. At Olivet it is our mission to equip each of our students to “go out and preach the gospel to the world.”