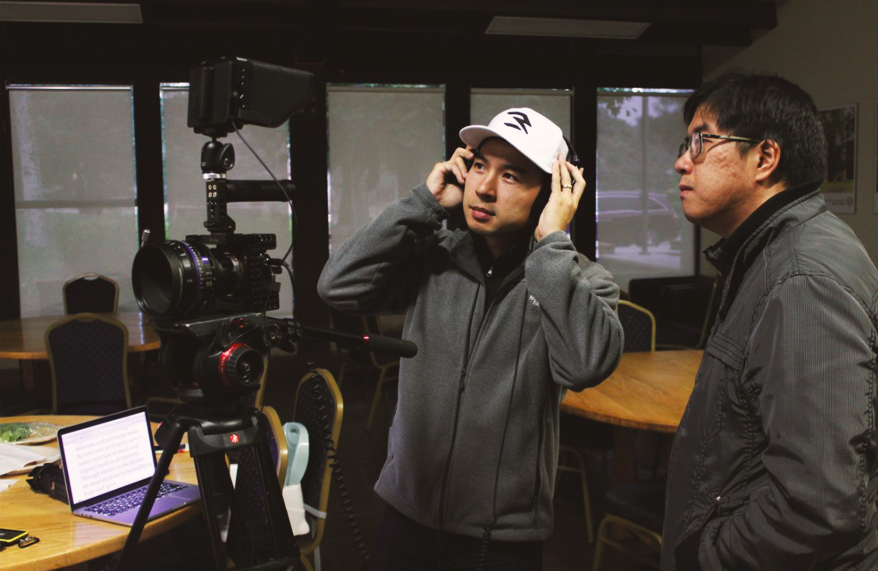 OSMC's photography/multimedia faculty Edwin Tsuei is leading the production team that consists of two students and two volunteers. The team members started the pre-production planning in August as they brainstormed story ideas and scouted out the locations for the shoots. Some members worked with the department representatives who will be speaking in the video to compose the scripts while some others focused on preparing the equipment and props for the shoots.

"Our vision for this year's video presentation is to showcase Olivet University's Christ-centered culture and to state the University's commitment in equipping Christian leaders for the world mission. The story of Olivet University is not in any other place but in the very little things of our lives. And we are going to capture that through our lens," Tsuei said.

From food services at the dining hall to the tiny home construction project of the engineering school, the team covered every bit around the campus with in-depth reporting and professional filming. Everyone in the campus community is going to be part of the Olivet University's story. The team also travels this week to film footages at the University's San Francisco new campus in Mill Valley.

The post-production is taking place concurrently with the shoots. Part of the team is responsible for color grading, sound mixing, as well as adding effects and soundtracks in Adobe Premiere Pro.

OSMC students gained valuable experience by being part of the production team. They come to have an idea about the effort needed to produce a beautiful video. As they are involved in each step of the production, they have acquired new skills and also practiced what they learned in class.

"Practical training is a big part of our journalism curriculum at OSMC. In this video project, students work together and learn to be team players. It is also a good opportunity for students to challenge themselves with problem-solving in a real workplace," OSMC program director Eunice Or said. The video is scheduled to be released at the end of October.