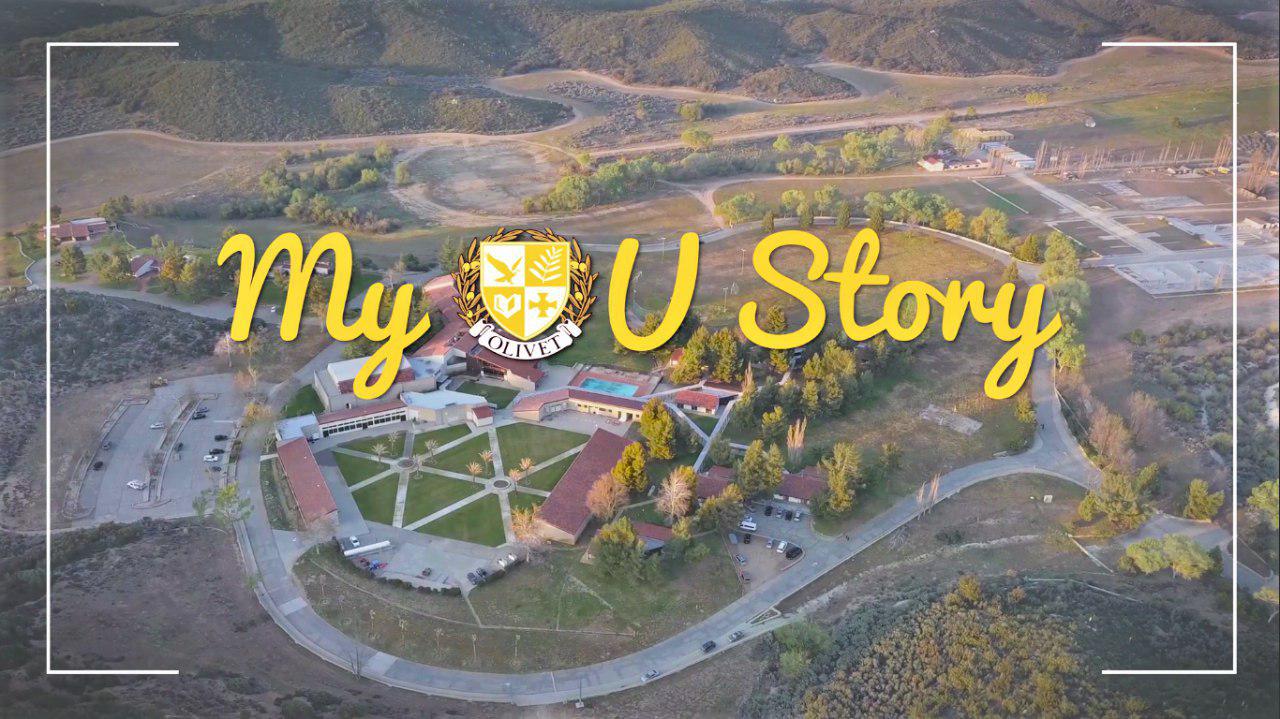 A new episode of "My OU Story" scripted, directed and produced by students at Olivet School of Media and Communication (OSMC) is ready to premiere. It features the experience of a student participating in media project and receiving professional training at the Riverside main campus.

The latest episode of "My OU Story" is the first episode of this year. Media students produced the video as part of the video production class project, which marked a milestone in development.

The production lasted for one month from scriptwriting, storyboarding, shooting, audio recording, to editing and post-production. The team of eight students, plus instructor Edwin Tsuei, worked together each week in-class and weekends to nail their planned shots. Though challenging, the team persisted to complete their project.

"The challenges and delays were mostly weather related. We learned that lighting was a critical component and sometimes there was too much, or too little sunlight for our particular shots. Being patient and working with what the situation gave us was also a big lesson in the course," said media student Sarah Murugan.

In the beginning, the shooting schedule was delayed due to the winter weather in the area, including two seasonal snow storms and the exceptionally large amounts of rainfall. However, the team was successful overcoming all the challenges and unexpected circumstances.

"I thought the media students did a fantastic job in making this video. They were resilient and strategically overcame challenges through creative solutions. I believe they are on the right track towards becoming media professionals. It's a testament to all the inspiring stories we have at Olivet University through the My OU Story video series," said Tran.

The new episode of "My OU Story" features student Moses Chelliah depicting his journey in training to become a media professional. He hopes to evangelize the unreached in his home country of India through expanding Christian contents on websites and social media platforms.

India, characterized by its cultural and religious diversity, has nearly 88% unreached among its 1.2 billion population - making it the largest unreached people group in the world. Christian minorities in India are often subjected to persecutions and therefore uses the media for evangelistic outreach as a vital tool to spread the Gospel.

Currently, Moses is part of the media team at the Riverside campus which provided an environment where he can be equipped with professional media skills, leadership skills and becoming more mature in faith through spiritual training. The education he received at OU and its media school enables him to be a more effective minister.

The media team is excited to present the latest "My OU Story" in the upcoming student recruitment campaign.