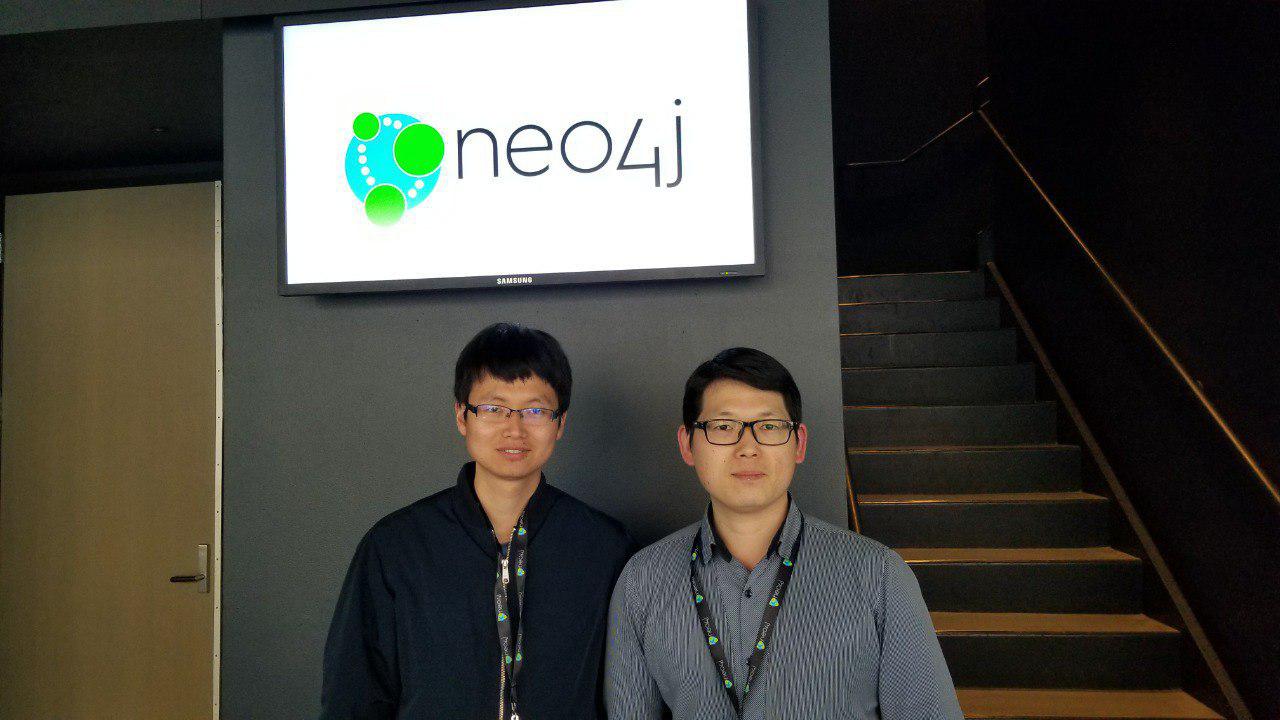 Neo4j,Inc. is a company behind the most popular graph database Neo4j. With blooming database, graph database as a relative new technology is attracting more and more attention. It provides new and valuable insights on how to manage relational data. Many enterprises have adopted it in their production products and services and many others are in the process of adopting it.

The agenda of the event was quite compact. It started with an opening keynote by Emil Eifrem, the founder and CEO of Neo4j. Followed by a hot topic "How graphs are changing AI?" Later, companies shared the use of Neo4j in their own products and services. In the afternoon, a few more sessions covered new features in Neo4j and the role it plays in machine learning and AI. The event ended with a talk by companies demonstrating how their innovation team members collaborate with each other by adopting design thinking.

There was an impressive and interesting demo during one session that illustrated how Neo4j works with a few machine-learning algorithm to analyze the characters of "Game Of Thrones." How they are connected with each other? Who is the most influential person in each season? Who is the significant peace maker? Many such interesting topics were discussed.

Yong Zhao, one of the OIT faculty who attended the event found the event very useful. Currently, he is creating a social media platform for Christians. He realized that a good graph database can help make it easier to manage the complex relationships than relational and other NoSQL database. Through the event, he is clear on the cases of Neo4j and its potential.

Nathanael Yang, another OIT faculty who joined the event, spoke with GraphAware consultants and learned that Neo4j has already been put into production usage in LinkedIn in countries like China.

The complexity of problems to resolve is increasing and graph thinking with solutions like Neo4j, as predicted, will be used more and more in different areas. Neo4j has the capacity to resolve some problems that are very difficult or nearly impossible using RDBMS and NoSQL database.