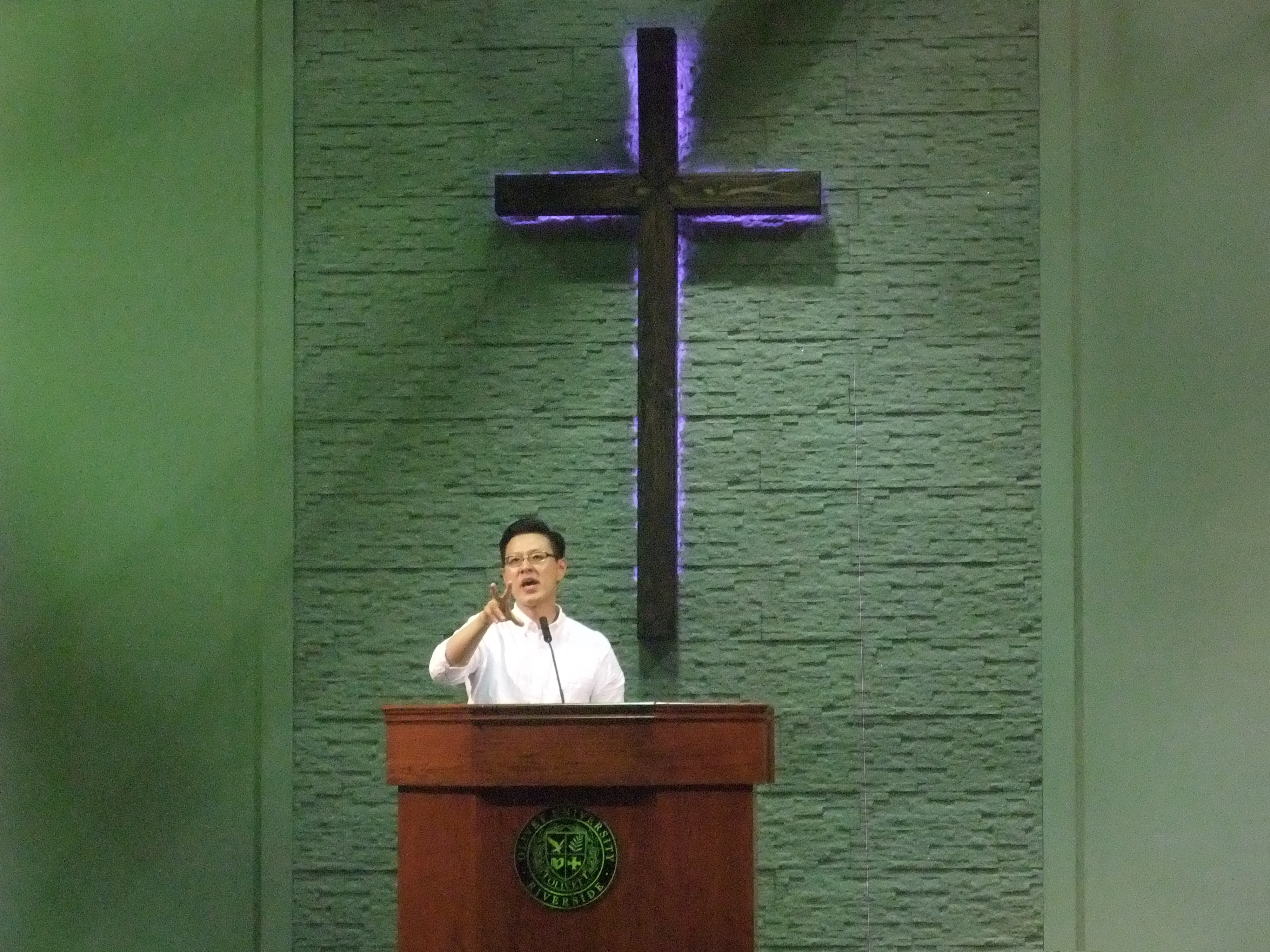 Dr. Lee's lecture covered the theology of three influential theologians in the first half of the 20th century - Karl Barth, Paul Tillich, and Dietrich Bonhoeffer. In response to liberal theology reaching its zenith in the 19th century, Karl Barth's theology placed an emphasis on "the word of God." While liberal theology had a bottom-to-top approach, Barth insisted on a top-to-bottom approach. Liberal theology was referred to as cultural protestantism, which attempts to accommodate Christ into culture.

"There is an infinite qualitative difference between God and man. Humans cannot become like God. Humans are limited by time whereas God is eternal," lectured Dr. Lee. "Time and eternity has infinite and qualitative difference. So man from his finitude cannot reach God. The theology of the Word of God is that God and man cannot be equal. God is sovereign and cannot be reached by man unless God himself reveals himself. This concept is contrasting to the concept popular during the middle ages which proposed to find common ground between God and man and know God through that common ground."

Lee continued to lecture on Paul Tillich's apologetic theology which contrasted Barth's theology by emphasizing on the transcendence of God. The theology of Barth tends to be lack of relevance to the context. Whereas Tillich's theology aimed to bring practical relevance into the particular context that people were living in. He attempted to overcome the setbacks of liberal theology that focused on the immanence of God as well as Barthian theology that only emphasized on the transcendence of God. He strived to follow the bible verse, "Always be prepared to give an answer to everyone who asks you to give the reason for the hope that you have," from 1 Peter 3:15.

The lecture continued to explore Dietrich Bonhoeffer, who devoted his life to follow Jesus in the context of Nazi Germany. He criticized the Christian beliefs without discipleship as 'cheap grace.' The emphasize his theology placed was on discipleship.

Dr. Lee stated: "We could learn valuable insights from the aforementioned theologians. At the same time, however, we should remember that all theological enterprises have their own limitations since they are originally the works of sinful human beings. While we acknowledge the contributions of theologians, we need to critically review their thoughts based on the biblical truth.

This lecture is the first part of Dr. Lee's three-part lecture series. Students greatly benefitted from the lecture.

"I gained a lot through this lecture and was able to have an overview of contemporary theologians and their theology. I look forward to Dr. Lee's other lectures," one student commented.