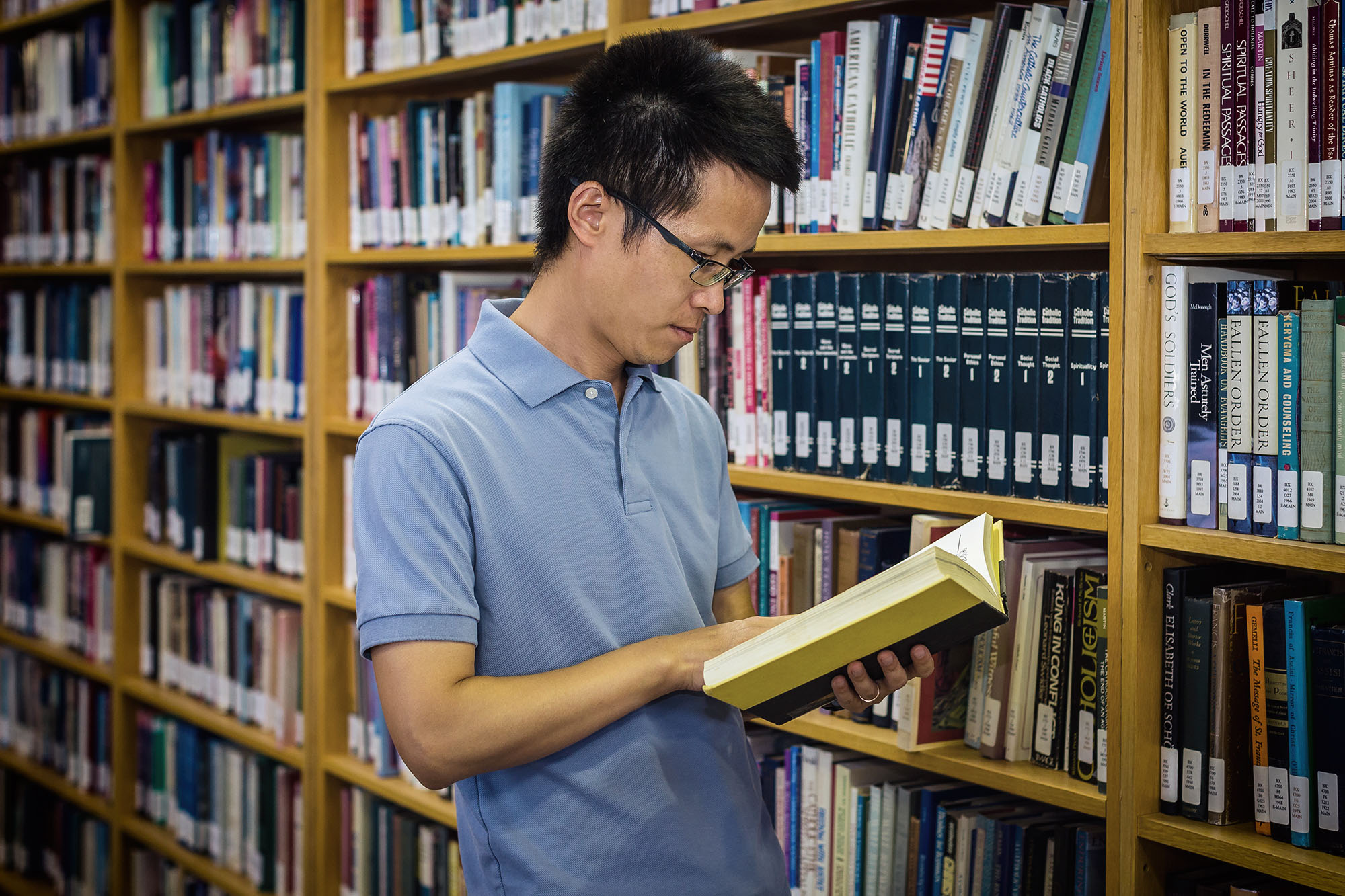 Many perceived the study of divinity simply as the study of theology or doctrines, but it actually means much more for anyone who aspires to God's service. Jie Liu, who just graduated from the Master of Divinity (M.Div.) program at Olivet Theological College and Seminary (OTCS), shared what the Lord has done for him during his years of study at Olivet University's Riverside campus.

Before coming to Olivet, Liu was trained to be a computer engineer. At first, he planned to pursue a master's degree in information technology or business, which he thought is closer to the field where God has called him to serve. However, he reconsidered after consulting with a chaplain who recommended him to study divinity before other professional pursuits.

"I used to think that it's not necessary to study theology to become a good Christian. While this is true, the M.Div. program did help strengthen the foundation of my faith. Beyond the theological theories, Christian thoughts and doctrines in the academic curriculum, I came to see the fuller picture of God's history and His Church," said Jie Liu.

"In the history of Christianity, the Church and believers had many pitfalls or even momentary deviations from the path of God. God's invisible hands are always there to bring back the heart of His people. Corrections were made so that we can move on in better shape. It's like the journey of our faith - constantly seeking, self-examining, and growing. God's not dead, so history is not the study of the dead. By knowing the past, I become more aware of the direction of God's history and our position in such history," he continued.

Liu is grateful for the Riverside campus situated in the beautiful mountains of Coachella Valley. He feels his body, mind, and spirit renewed in the natural environment. Through courses, daily morning chapel, worship services, and regular retreats helped deepen his understanding of the Bible.

Liu feels more prepared for ministry upon completion of the M.Div. program. He has not regretted his choice to study divinity first. He shares Philippians 3:13 in which Apostle Paul exhorted believers, "forgetting what lies behind and straining forward to what lies ahead," believing his graduation is just the beginning of God's work.