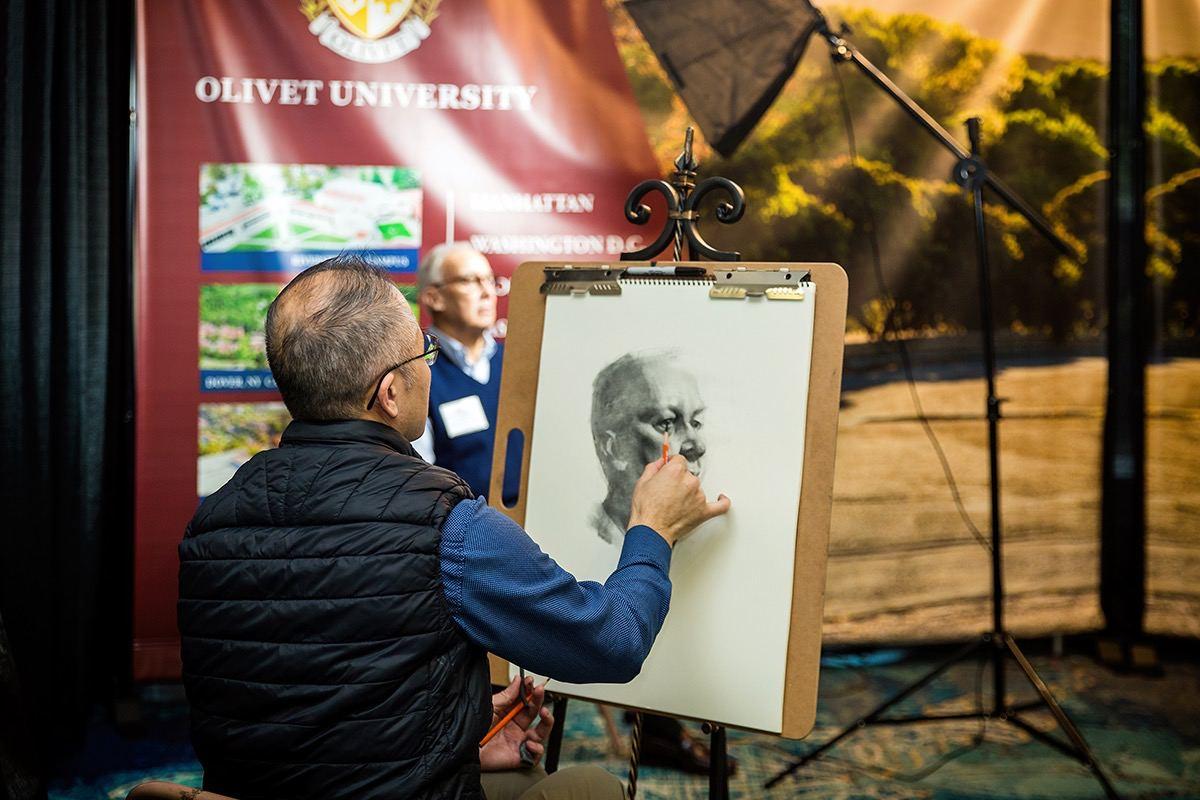 Professor Zimou Tan, Associate Dean of Olivet School of Art and Design, served for a second time as the Artist-in-Residence at the 75th Annual Meeting of the Association for Biblical Higher Education in Orlando, Florida. Professor Tan took part during the event at Olivet University's premiere sponsor booth and drew great interest from attendees.

Throughout the conference amazed delegates stood in line to sign up to have their portraits taken, or drawn. Working in 40 minute sessions, Professor Zimou Tan used charcoal to sketch amazingly crafted portraits of lucky participants who signed up. Several senior leadership of ABHE institutions took advantage of the opportunity to take home professional sketches of themselves as a lasting memory from the 75th Annual Meeting.

Tan has been recognized extensively for his abilities in arts being featured on the front page of the Marin Independent Journal in 2013. He was chosen as one of 50 artists who impacted China in 2009. Zimou was also featured in "Strokes of Genius 4 - The Best of Drawing", a book by Rachel Rubin Wolf, in 2012.

He graduated from the Academy of Art College in San Francisco in 2001 with degrees in both Fine Arts and Traditional Illustration. He served there as a professor of Fine Arts upon his graduation until the beginning of 2014, when he left to focus on his portraiture commissions.