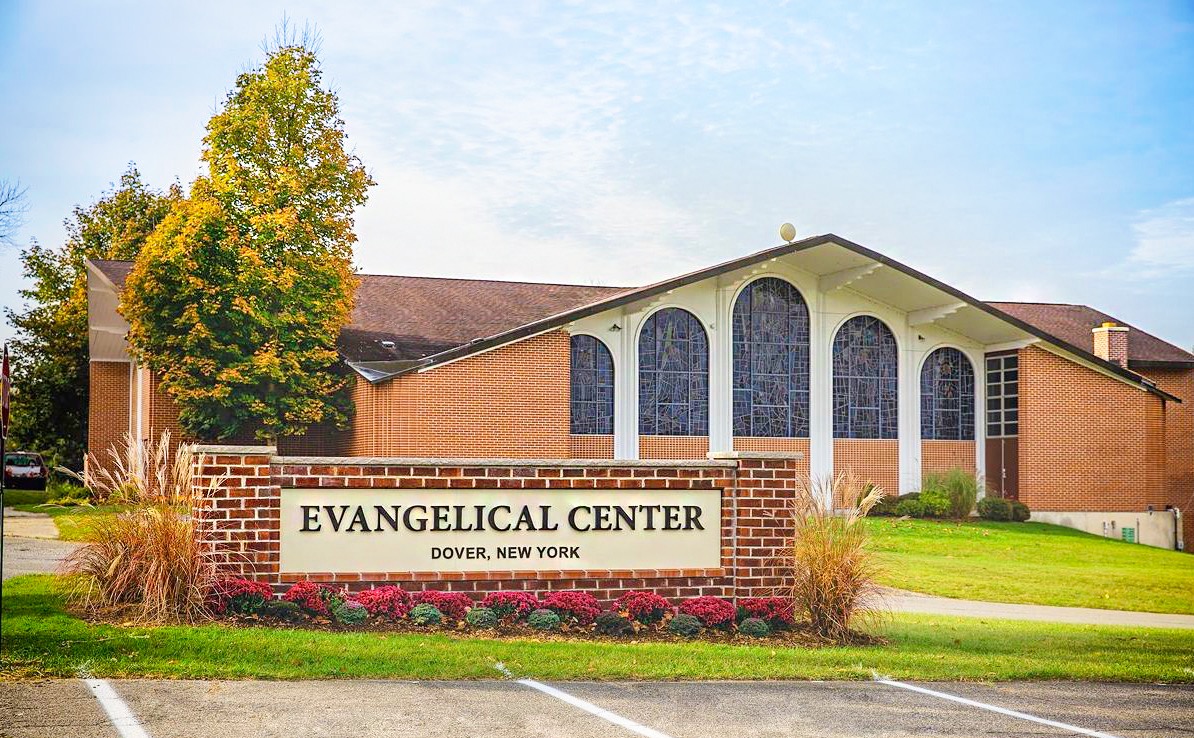 The following is a statement by Olivet University (OU) in response to the NYSED letter on June 30, 2022 regarding OU New York's Permission to Operate, and the related recent media coverage. This statement may be updated with more information from time to time.

In the late afternoon of June 30, the New York State Education Department (NYSED) informed OU that it would not extend the Permission to Operate (PTO) for its New York City and Dover locations. Before receiving the letter, OU had already published a statement that it would refocus its 1,000-acre Dover campus on fully serving as the Evangelical Center and discontinue its for-credit classes in New York.

The following day, a sensationalized story broke in Newsweek about NYSED "shutting down" OU in New York, which included the full letter by the Deputy Commissioner of NYSED along with a variety of false and misleading statements. The same language was picked up by other secular and Christian media, which is very unfortunate because it badly misrepresents the university's developments and does not reflect the reality at all. Both the NYSED letter with its flawed backward-looking rationale, as well as the media reporting, has led OU to the decision to publish comments that refute the false narrative by providing the relevant facts.

With roots as a Christian theological seminary, Olivet was incorporated in California in 2004 as a single corporate entity functioning as a university. Over the years, Olivet has formed a network of extension sites from its home base in California that currently includes locations in half a dozen states. Olivet began its New York City operations in 2012, when it received its original PTO from NYSED.

The PTO only allowed for a handful of classes, not a full program, so it has always been very limited in scope. The PTO approach was always intended to be a temporary arrangement and ran in parallel with Olivet's charter application to offer full programs. This charter application remains active. It was only the temporary PTO that was not renewed.

The language of "shut down" is misleading because NYSED did not cancel an existing PTO but simply stated that they will let it expire and will not renew it at this time. And as stated in our June 30 communication, the campus is developing and expanding as more and more buildings are being renovated and more space becomes available for the different purposes of the Evangelical Center.

Olivet University made a decision to use the Dover campus for Evangelical Center purposes regardless of whether or not the PTO would be renewed. In order to prioritize the Evangelical Center for service to the global Church through its various elements, including a technology park, Christian innovation center, a hospital to serve the mission community, a "business as mission" center, a sports center, an evangelical-themed museum, and an entertainment complex, among others, OU decided to put its full focus on those efforts at this point in time, while the charter application is being processed. However, since the reasons given by NYSED were inappropriate and based on incorrect information, OU decided to move forward with an appeal to set the record straight. Some of this information is provided below.

The Deputy Commissioner of NYSED based his decision not to renew the PTO on three reasons: he alleged that OU operates with insufficient resources; that OU failed to responsibly administer institutional policies and programs; and that it failed to establish, publish and enforce explicit policies with respect to working conditions. Upon appeal, the third reason was not considered for the NYSED decision, while the first two were upheld.

Regarding financial resources, it should be noted that to-date OU has invested over $70 million into the Dover campus and continued to develop the campus even throughout the pandemic. All loans financing the purchase have been completely paid off. Comparing to other Christian schools, OU is in good financial shape, and as its audited financial statements show, it operates from a firm financial foundation.

The lawsuits that the letter mentions took place over a timespan of many years, often reflect multiple suits in the same cases, and often relate to the campus management company and not the university itself. It is also important to note that the vast majority of the lawsuits pertaining to OU have been paid in full or settled.

In a project of this size, renovating over 70 buildings with a total of more than 1.7 million square feet of space on a 1,000-acre campus with a multitude of vendors, there may unfortunately be situations that result in lawsuits being brought against a development company. However, these are always being resolved as speedily as possible.

Regarding the institutional policies and programs that refer to a 2018 investigation by the District Attorney of Manhattan, Olivet University has fully adhered to the terms of the plea agreement and has been deemed "rehabilitated" in its legal standing.

OU has hired highly respected auditing firm Crowe to examine all its financial processes and has made all recommended adjustments to policies and procedures.

Earlier this year, based upon Olivet's compliance with all terms of its plea agreement with the Manhattan District Attorney's Office, including the complete overhaul of its corporate governance and financial controls, Olivet was permitted to plead guilty to a misdemeanor offense to fully resolve the matter, and there is no felony charge against Olivet. Furthermore, Supreme Court Justice Ruth Pickholz issued an order granting Olivet University a Certificate of Relief from Civil Disabilities, which "shall create a presumption of rehabilitation."

The investigation in 2018 was related to loans for equipment, in which the eventual equipment was purchased for a cheaper price while the additional funding was used for Research & Development. No lender lost money as they were all paid back in full with interest, and no one enriched themselves because all the funds have been used for the purpose of the mission of OU.

At no point in time has OU pleaded guilty or been convicted of money laundering. These reports are entirely false, and OU has pointed this out repeatedly to the media in question.

Furthermore, OU has never had anything to do with human trafficking. At the time of the initial reporting in April, OU has made the following statement to internal stakeholders in this regard:

On April 22, 2022, Newsweek published an article claiming that our quiet Christian community was the subject of a federal probe. The article is supposedly based on reports of federal agents that Newsweek did not name.

One must question Newsweek's journalistic integrity in publishing such an obviously biased story. Newsweek acknowledges that its CEO, Dev Pragad, is in an ownership dispute with Johnathan Davis, the husband of Olivet's former president. However, disappointingly, the Newsweek reporters who wrote the article never seem to have questioned the ethics of using their pens to advance what is plainly an effort by Mr. Pragad to gain leverage in that ownership dispute. In fact, Mr. Davis sent the reporters screenshots of messages from Mr. Pragad threatening to use the newsroom against Olivet, but the reporters claim to have been "unable to verify those messages" - an assertion that is plainly absurd given that Mr. Pragad is their boss.

One must also question the integrity of the former federal agents who were supposedly the source of Newsweek's story. If those agents really exist, it speaks volumes about their character and professionalism that they saw fit to spread scurrilous rumors about Olivet without publicly identifying themselves or their sources of information.

We are very disappointed to see that Newsweek believed it was appropriate to publish such a plainly biased article. It seems that once again Newsweek has set its sights on Olivet for reasons having nothing to do with the news and only to do with its CEO's business goals.

As you can imagine, it is difficult for the university to hear its name and devout community disparaged. As a Christian school, it should be obvious that we do not condone the subject matter of the Newsweek article. We appreciate the prayers and continued support of our friends and partners in the Gospel of Jesus Christ as we pray to discern a path of wisdom ahead.

As mentioned already in OU's April statement, it has to be pointed out that the media that is driving the false narrative is Newsweek and the driving motive is an internal shareholder conflict. Newsweek's CEO Dev Pragad has threatened Johnathan Davis that he would attack Olivet University if Mr. Davis did not surrender control and ownership of Newsweek to him. Mr. Davis is the husband of Dr. Tracy Davis, former Olivet University President.

Newsweek has also repeatedly communicated with NYSED in the lead up to the June 30 renewal date and thus put pressure on them not to renew OU's PTO. They have also stirred up other sensational headlines to slander OU's reputation.

Therefore, OU appeals to media and the public to not fall for the false reporting and sensational portrayals by Newsweek and instead rely on facts and truth.

Looking Forward to a Bright Future

OU is certain that those who slander the school will not prevail because lies can never overcome the truth.

OU is committed to continuing to pursue its mission as an institution of biblical higher education dedicated to training ministry-bound men and women as biblical scholars and leaders, and to equipping them with the practical skills to preach the Gospel effectively into and after the 'network generation' - thus priming them to revolutionize the world through Christian mission.

OU is also looking forward to seeing the Evangelical Center develop and be used greatly for the purpose of world mission and fulfilling the Great Commission.